When it comes to other people’s strong opinions about her body, Adele is not surprised—or willing to take on a burden that she says isn’t hers to carry. The singer, who received praise and criticism alike after losing a significant amount of weight, got candid about how she relates to the public conversation surrounding her body in a new interview with Oprah Winfrey.

Adele addressed the topic during the CBS special Adele One Night Only that aired on Sunday. Winfrey asked Adele how she handled the backlash to her weight loss, which began after the singer posted a photo of herself on Instagram on her birthday in 2020. Adele said that the controversy was nothing new for her because she’s been fielding other people’s unsolicited comments on her body for as long as she’s been in the public eye. “I’m not shocked or even fazed by it, because my body has been objectified my entire career,” Adele said. “I’m either too big or I’m either too small. I’m either hot or I’m either not, whatever.”

Adele also opened up about how she grapples with the idea that she let people down by losing weight (given, for instance, that some individuals in bigger bodies may have felt like they lost an ally for the body positivity or fat acceptance movement). The singer says that while her physical appearance has changed, her regard for her own body and body positivity have not. “I was body positive then, and I’m body positive now,” Adele said. “But it’s not my job to validate how people feel about their bodies.”

As for people who don’t find Adele as relatable or inspiring when she is in a smaller body, the singer said she feels bad—but admitted she can’t relate to that dynamic from personal experience. “I never looked up to anyone because of their body,” Adele explained. While Adele doesn’t feel good about the fact that her weight loss may have made some people feel worse about their own bodies, she was clear about the fact she was not going to take on the burden of that ripple effect, either. “I feel bad that it’s made anyone feel horrible about themselves,” Adele said. “But that’s not my job. I can’t—I’m trying to sort my own life out. I can’t add another worry and another thing to try and nail. I can’t.”

Adele touched on similar themes last month when discussing the controversy surrounding her weight in a Vogue profile, as SELF reported. In that interview, Adele expressed empathy for the people who felt she’d let them down. “I understand why it’s a shock. I understand why some women especially were hurt. Visually I represented a lot of women,” Adele said. “But I’m still the same person.” She also revealed how hurt she was by cruel comments. “The most brutal conversations were being had by other women about my body,” Adele said. “I was very fucking disappointed with that. That hurt my feelings.”

In her conversation with Winfrey, Adele emphasized that she did not intentionally lose weight because she was unhappy with her body. (Adele described the weight loss as more of a byproduct of taking care of her mental health, explaining that exercise provided her with a reprieve from her severe anxiety, as well as structure and centeredness, during a stressful period around her divorce in 2019.) And she brought up the fact that her body is likely to change again—something she is totally okay with. Adele noted that, for instance, it is possible that she will gain weight with a shift in her eating and exercise routines when she goes on tour. “My weight might fluctuate,” she said. “But I don’t care if I put on weight. I don’t care if I lose it again. It’s not about that.” 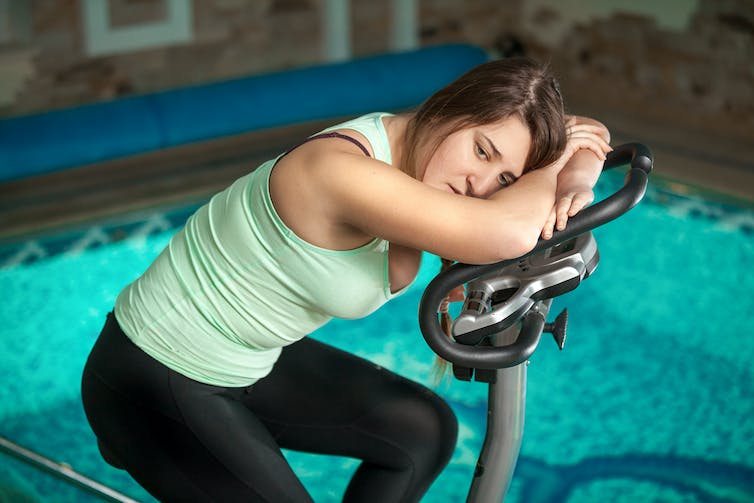